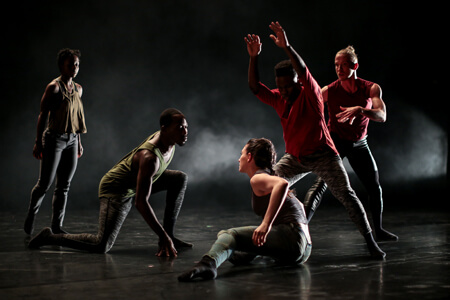 TU Dance troupe taut with an urban edge
REVIEW: World premiere “Vibrations” is an ode to life in the modern city.

By CAROLINE PALMER Special to the Star Tribune
https://www.startribune.com/review-tu-dance-troupe-taut-with-an-urban-edge/352764511/

Shades of light and darkness define TU Dance’s fall season, which opened Friday night at the O’Shaughnessy in St. Paul. The troupe, led by Toni Pierce-Sands and Uri Sands, continues its record of delivering programs filled with variety, innovation and social commentary.

The world premiere “Vibrations, Sightglass San Francisco” is an ode to city living with sections titled “Morning Coffee,” “Power Lunch” and “Happy Hour.” But choreographer Uri Sands adds a distinct 21st-century twist to this suite set to sparkling Charles Mingus jazz compositions. His dancers are constantly in motion, their heads bobbing and twitching, their bodies unsettled and yearning for the digital pulse as they search for rhythmic connections.

Of note is a trio for Darwin Black, Randall Riley and Alexis Staley, all buttoned up and ready to conquer the financial district. They stomp to the flamenco-inspired beats, agitated as bulls locked up in a pen. All three are stylish and cool yet itching to seal a deal. But Sands directs the talents of these exquisite dancers away from the obvious power play, directing them into soaring leaps and long-limbed looseness. They have a higher purpose.

Italo-Canadian dancer/choreographer Gioconda Barbuto, in collaboration with the dancers, created the world premiere “Footprint” for TU through a 2015 Mc­Knight International Artist Fellowship. The piece offers a stark and poignant contrast in mood to Sands’ “Vibrations” — edgy and industrial, propelled by Gabriel Prokofiev’s taut score.

Barbuto, whose bio includes an early stint with Minnesota Dance Theatre before joining Les Grands Ballets Canadiens de Montréal and Nederlands Dans Theater III, is aggressive with her dance-making in the best possible way. The TU company members embrace her fearlessness without hesitation.

The program closes with Sands’ “January: Part I” and “January: Part II” (2012). Whether or not he intended the reference, this work could be an update of “The Rite of Spring.” The 1913 work by Ballets Russes, set to Igor Stravinsky’s raging score, spoke to the end of innocence and the feral ferocity of ritual.

Sands conjures an equally bleak picture — his dancers are hunched and huddled in packs, propelled by the metallic waves of Brian McBride and Amon Tobin’s music. They whirl like dervishes and yet are also broken people navigating a dystopian world. Art should unsettle and reflect its troubled times. “The Rite of Spring” certainly did. Sands understands this, too. 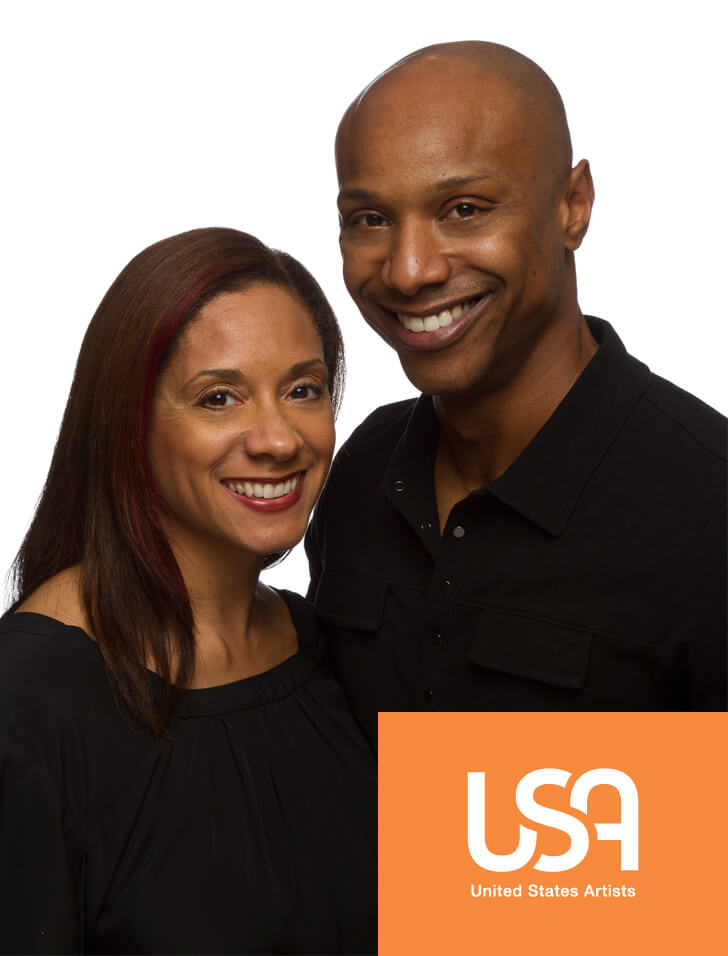 TU Dance founders Toni Pierce-Sands and Uri Sands were among 37 new USA Fellows for 2015 announced today by United States Artists (USA). As one of the leading honors for artists in the United States, each artist or collaborative receives an award of $50,000 to support their practice and professional development, opening up exciting creative possibilities through the transformative power of unrestricted financial support. The 37 recipients of this year’s awards were selected from over 400 nominated artists living in the United States and US Territories and were chosen by panels of expert peers in each artistic discipline. “USA Fellowships are awarded to innovative artists of all ages and at all stages of their careers, who are nominated for their commitment to excellence and the enduring potential of their work,” said United States Artists CEO Carolina García Jayaram. “We are honored to present this year’s Fellows, a group of artists who were selected through a rigorous, highly competitive process.”