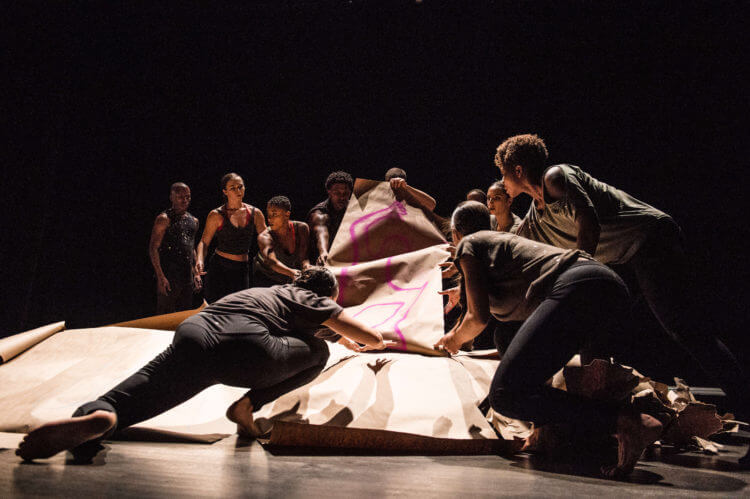 In the weeks prior to the TU Dance program at O’Shaughnessy the country was rocked by two mass killings – Las Vegas and Sutherland Springs. These were the most recent large-scale incidents of gun violence, but certainly not the only ones. On any given day in America bullets come from weapons wielded by everyone from random shooters to friends, neighbors, and family members.

And some bullets come from law enforcement – an especially difficult subject locally given this year’s acquittal of the officer responsible for taking the life of motorist Philando Castile and the 2016 failure to charge two officers for killing Jamar Clark. Both African American men, Castile and Clark joined a long list of other men of color nationally who have lost their lives during encounters with police.

One of the most notorious officer-involved shootings took place in the Bronx in 1999. Amadou Diallo, an unarmed West African immigrant, was hit 41 times after he reached for his wallet. All four members of the New York Police Department responsible for his death were acquitted after claiming they thought he looked like a rape suspect. Diallo’s story remains a chilling example of a justice system failure.

Diallo’s story is relevant because TU Dance presented the world premiere of Stefanie Batten Bland’s “41 Times” on the opening night of November 17. The work honors those whose lives were cut short. It employs a particularly visceral approach – one that began in the lobby prior to the show with audience members volunteering to have their bodies outlined on brown paper.

Some of the papers were crumpled up center stage, others were carried in to the theater as if by coffin bearers. And as the lights faded into black, the dancers punched at the papers stretched between them. It sounded like gun shots, repeating, causing the heart to pound with fear. Once out of the darkness, we saw the paper torn to bits and the dancers left to deal with the chaos. But they weren’t alone – we in the audience shared in the trauma. We will all better understand the alarming pop of a life-ending bullet and the brutal silence that follows because of this work.

“41 Times” is a solemn and elegiac creation, as it must be. The dancers (who collaborated with Batten Bland in making the piece) performed with care and focus, as if they were keepers of Diallo’s spirit and the spirits of all who have been lost. The movement was wary, hands went up at times – but there was also an internal struggle laid bare, an attempt to break free of a horrific cycle. The work depicted a journey from despair into an opposite state – not really hope (that would be too simple) but a level of perseverance and determination to survive, despite the odds.

“41 Times” left the audience in a state of mourning. It was a powerful gut punch of a performance but also a deeply necessary experience as we grapple, from within our different experiences, with the insidious problems of gun violence and police brutality.

The evening featured another world premiere, “Sensible Existence,” created by Marcus Jarrell Willis, who like Brown and Batten Bland is a New York-based choreographer. Willis is also a former member of Alvin Ailey American Dance Theater, so his aesthetic is a particularly good match for TU (Uri Sands and Pierce-Sands both danced for Ailey). The premiere had the feel of a parlor game marked with mischief, as the dancers assumed and re-assumed positions but then took off in new directions through movement defined by an electric, almost calligraphic energy.

Performed by Kaitlin Bell, Jacob Lewis, Alexis Staley, Christian Warner and Collier on opening night, “Sensible Existence” was set to a minimalist score comprised of artists Steve Reich, Alarm Will Sound, Ossia and conductor Alan Pierson – yet somehow the movement contained a more baroque feel, as if simultaneously innovative and whimsical but also hinting at something older, as if a tradition meant to be broken. Willis brought a well-crafted work to the stage, with just a hint of nonsense to support his fresh approach to choreography.

The evening closed with Sands’ gorgeous 2014 work “Hikari,” performed amongst panels created by Hawaiian print artist and scenic designer Hiroki Morinoue. The work blends a futuristic vibe (particularly through Tulle and Dye’s layered suit-like costumes) and a more natural essence, as if the performers were dropped into a forest on another planet. The movement in “Hikari” is a whirl of virtuosity and shifting relationships, bound together by a collective force. In recent years Sands has really pushed the limits of contemporary dance, allowing his dancers the space to explore the unusual imaginary realms in which he places them. “Hikari” is yet another fine example of his experimentations.

TU Dance Artistic Directors, Toni Pierce-Sands and Uri Sands will be holding auditions for the 2018-2019 Season. 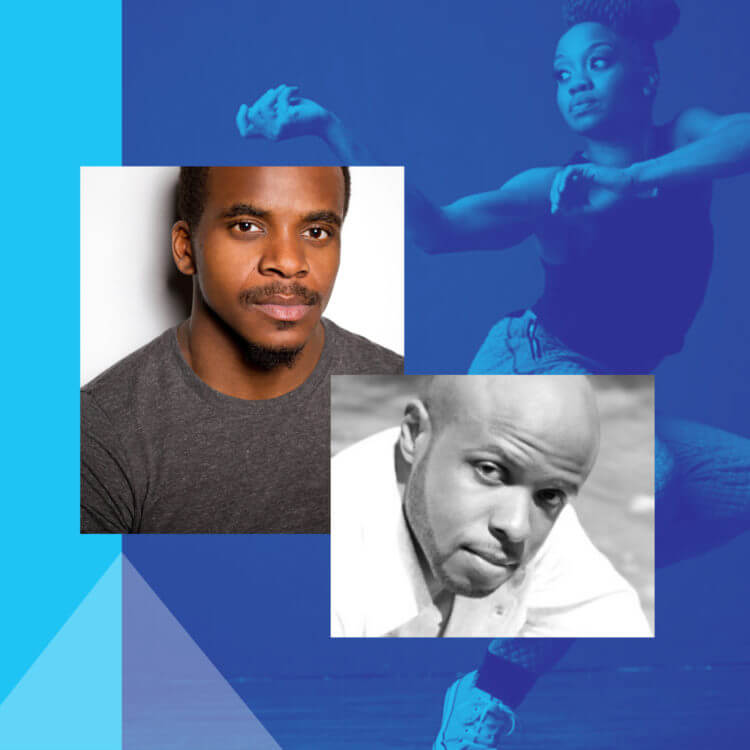 Please join TU Dance Center students as they host a movement workshop rooted in the African-American vernacular, with Timothy Edwards and Maleek Washington, members of Camille A. Brown & Dancers, who celebrate the power of African-American social dance and its impact and influence on American dance forms throughout history. Tim and Maleek will use their individual talents and experiences as CABD members to help attendees investigate the ways communities used movement as a form of social expression, activism and fun! It is Camille’s hope that the spirit of expression through movement is embodied in our present day – providing the individual with a platform to celebrate their identity and to share their personal expression with the community of participants. Tim and Maleek are featured in ink’s male duet section, “Turf.”

It is requested that participants prepare for the class by reviewing the linked materials below on “Turf” which include  a recent New York Times article about the work, a New York Times Instagram post about Tim and Maleek’s role in turf, a description of ink, and an essay Camille wrote about the entire identity trilogy.

This class is part of Ordway’s Taking Our Place Centerstage (TOPC) initiative, collaboration with Robin Hickman, the CEO and Executive Producer of SoulTouch Productions. Through TOPC the Ordway deepens relationships while exploring the rich artistic traditions of diverse communities in our region. 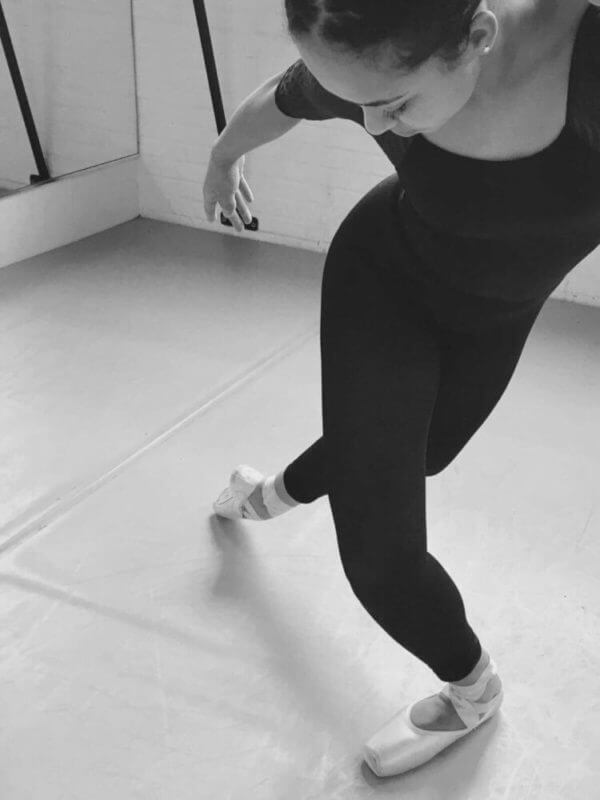 This three-day ballet workshop for Intermediate/Advanced (Ages 16-24) will focus on technique fundamentals, pointe strengthening and exploring contemporary pointe work. Students will be encouraged to deepen their understanding of the classical elements in ballet class as well as pushing the technical boundaries in contemporary phrase work. A minimum of 4 years of pointe training is strongly encouraged.

If you have any questions please contact TU Dance Center at education@tudance.org or 612-605-1925