Join teaching artists Thern Anderson & Mary Moore Easter in a dance and writing workshop. Movement will be explored in combination with creative writing to create a real or imaginary story. Participants will work on movement phrases and choreography expanding thier range of motion. Classes are accompanied with live music.

Thern Anderson is a dance educator with a wealth of experience teaching children, adults, professional dancers and community groups. Thern brings somatic movement principles and improvisational skills to her teaching of modern dance techniques. In teaching dance to beginning adults, her philosophy is that anyone can dance and find pleasure in movement. Classes include the study of body and spatial awareness,  rhythm and phrasing, ensemble dancing, and injury prevention.  Students learn through modern dance phrases as well as improvisational structures.

Mary Moore Easter’s first poetry collection, The Body of the World, is forthcoming from MadHad Press in 2018. The manuscript is also a finalist for the Prairie Schooner Bok Prize in 2017.  A Pushcart Prize-nominated poet and Cave Canem Fellow, Easter is published in POETRY, The New York Times, Seattle Review, Water Stone, Calyx, Pluck!, Persimmon Tree, Fjord’s Review, The Little Patuxent Review and the 2015 anthology Blues Vision: African American Writing from Minnesota. She holds a B.A. from Sarah Lawrence and an M.A. from Goddard. Born in Petersburg, Virginia to parents on the faculty of then-segregated Virginia State College, she was as immersed in their artistic and intellectual interests as she was in limitations segregation imposed on her black world. She re-rooted as faculty at Minnesota’s Carleton College where she was founder and director of the Dance Program.

This activity is supported by a grant from Aroha Philanthropies Seeding Vitality Arts Initiative and in partnership with Episcopal Homes. 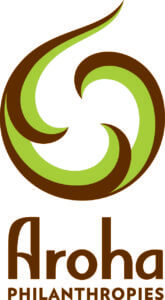 “Profound beauty and ambition.” —Los Angeles Times on the music of Bon Iver

“A performance of generosity, grace and primal power.” —Dance Magazine on TU Dance

“Hopes are off the charts.”—Minneapolis Star Tribune on the collaboration

Saint Paul, Minnesota, May 25, 2018 – Electrifying contemporary dance company TU Dance, known for navigating complex themes of social change “with variety and innovation” (StarTribune) and Bon Iver’s Justin Vernon, whose “rustic chamber pop with an experimental edge”(Pitchfork) and “hyper-modern balladeering” (The Guardian) has garnered Grammy Awards and significant international acclaim, come together in an unprecedented collaboration of Twin Cities-based powerhouses. Come Through — conceived as an invitation, motivation and declaration by the collective — will make its West Coast premiere at the Hollywood Bowl in Los Angeles, Sunday, August 5, 2018, following a sold-out premiere of four shows at the Palace Theatre in Saint Paul. The commission features new music from Vernon as well as new choreography from TU Dance’s “incredible polyrhythmic genius” (Star Tribune) Uri Sands.

The artists developed the work together at TU Dance Center in Saint Paul, April Base Studios in Eau Claire, WI, and in residence at MASS MoCA in North Adams, MA. Vernon expressed his excitement for the project stating, “I feel so inspired in collaborating with Uri on new work. I know that the experience will be both positively challenging and extremely rewarding for all involved.”

“I’ve always found the music of Bon Iver and Uri’s choreography to possess a unique sensibility,” explained Toni Pierce-Sands (TU Dance). “Yet what is most compelling for me about this collaboration is how their artistry together—in the studio—seems to tap the emotional core of my existence. I can only imagine what the audience might experience.”

Come Through was originally commissioned and presented by the Liquid Music Series of the Saint Paul Chamber Orchestra with support from The City of Saint Paul Cultural STAR Program and the Knight Foundation Arts Challenge – Saint Paul.

Formed in Fall Creek, Wisconsin by Justin Vernon, Bon Iver has achieved worldwide acclaim since the release of the band’s debut album For Emma, Forever Ago in 2007. The debut generated word-of-mouth buzz and praise from critics and fans alike. After assembling a talented touring band and traveling across the world, Bon Iver released its highly anticipated 2011 follow-up album, Bon Iver, Bon Iver. Met with further critical acclaim, the release netted the songwriter Grammy Awards for Best Alternative Music Album and Best New Artist. After a hiatus in which Vernon collaborated with countless artists and toured with his own Volcano Choir, Bon Iver returned to the stage at Vernon’s Eaux Claires Music Festival, later announcing the project’s third album, 22, A Million, released on September 30, 2016. Further touring in 2017 and 2018 has found Bon Iver collaborating and touring with various musicians in both familiar and new venues in the US and Europe.

Founded in 2004 by Toni Pierce-Sands and Uri Sands, TU Dance has garnered audience and critical acclaim for its diverse repertory, versatile artists, and for performances that are engaging, dynamic and generous. Modern dance, classical ballet, African based and urban vernacular movements are combined in inventive and unpredictable ways to provide opportunities to experience the connective power of dance.

In its 14-year history, TU Dance has consistently performed to enthusiastic and sold out audiences, including the 1,900-seat Ordway Performing Arts Center in Saint Paul. The company has also enjoyed local and national recognition, including Star Tribune’s Artists of the Year, the inaugural Princess Grace Award in Choreography, DANCE Magazine’s “25 to Watch,” City Pages’ 2011 Artists of the Year, “Best Dance Company 2014” by Minnesota Monthly and multiple Sage awards for outstanding performance. TU Dance was awarded the 2011 Sally Ordway Irvine Award for Initiative and was recently named as “Best Dance Company of 2016” by the StarTribune.

2011 saw the opening of TU Dance Center, realizing a vital part of Toni and Uri’s vision to establish a welcoming hub for rehearsals, dance education and training in Saint Paul. Now in its seventh year, TU Dance Center offers year-round educational programming for dance students of various ages and levels of experience.

Toni Pierce-Sands (Artistic Director) Prior to co-founding TU Dance, Minnesota native Toni Pierce-Sands performed with Minnesota Dance Theatre, Tanz Forum in Germany, Rick Odums in Paris and Alvin Ailey American Dance Theater, where she was a featured soloist in such signature pieces as Revelations. Toni has also appeared in the Twin Cities as a guest performer with several companies. Her command of the Horton Technique has led to teaching posts throughout the United States and Europe. Toni directs programming and teaches classes at TU Dance Center in Saint Paul. She is a faculty member at the University of Minnesota, and was the Director of University Dance Theater for several years. Toni was awarded a 2004 McKnight Artist Fellowship in Dance, and was named the Sage Awards’ “2011 Outstanding Dance Educator”. Toni was recognized with a 2013 Links Emerald Service Award for service in the arts, and recently was awarded the 2015 USA Knight Fellowship in Dance.

Uri Sands (Artistic Director and Choreographer) has received national recognition for choreography that is notable for the fusion of classical elegance with edgy contemporary action, for pulsating intensity with poetic lyricism. A native of Miami, Uri performed as a principal dancer with Alvin Ailey American Dance Theater for five years, Philadanco, Minnesota Dance Theatre, James Sewell Ballet, as a guest artist with Complexions under the direction of Dwight Rhoden and Desmond Richardson, and as a principal dancer with North Carolina Dance Theatre. His recent choreographic commissions include, among others, Ordway Center for the Performing Arts, Alonzo King LINES Ballet BFA at Dominican University of California, Ballet Memphis, Dance St. Louis, VocalEssence, Zenon Dance, Penumbra Theatre, North Carolina Dance Theatre and Alvin Ailey American Dance Theater. Uri was named City Pages’ 2011 Choreographer of the Year, and was awarded a Princess Grace Award in choreography, a Joyce Foundation Award, a McKnight Artist Fellowship in Choreography and the 2015 USA Knight Fellowship in Dance.

ABOUT THE VISUAL ART TEAM

For over a decade, Aaron Anderson and Eric Carlson have been producing collaborative works, events, and exhibitions. They currently maintain a multidisciplinary studio based in Brooklyn,  NY. Carlson (b. 1984) is an interdisciplinary artist from Brooklyn, working with collections of semiotic content generated through processes of drawing, image/object collection, and assemblage. Since 2006 he has maintained a diverse exhibition history exhibiting at both art institutions and DIY spaces; a self-publishing practice producing zines and artist books; and an independent design studio working with artists and musicians. Anderson, (b. 1981) is from South Dakota, and currently lives and works in Brooklyn. His interests include poetry, education, light antagonism and participation mystique.

ABOUT THE HOLLYWOOD BOWL

One of the largest natural amphitheaters in the world, with a seating capacity of nearly 18,000, the Hollywood Bowl has been the summer home of the Los Angeles Philharmonic since its official opening in 1922 and plays host to the finest artists from all genres of music, offering something for everyone. It remains one of the best deals anywhere in Los Angeles; to this day, $1 buys a seat at the top of the Bowl for many classical and jazz performances. In February 2018, the Hollywood Bowl was named Best Major Outdoor Concert Venue for the 14th year in a row at the 29th Annual Pollstar Awards and was awarded the Top Amphitheater prize at the 2017 Billboard Touring Awards. For millions of music lovers across Southern California, the Hollywood Bowl is synonymous with summer. 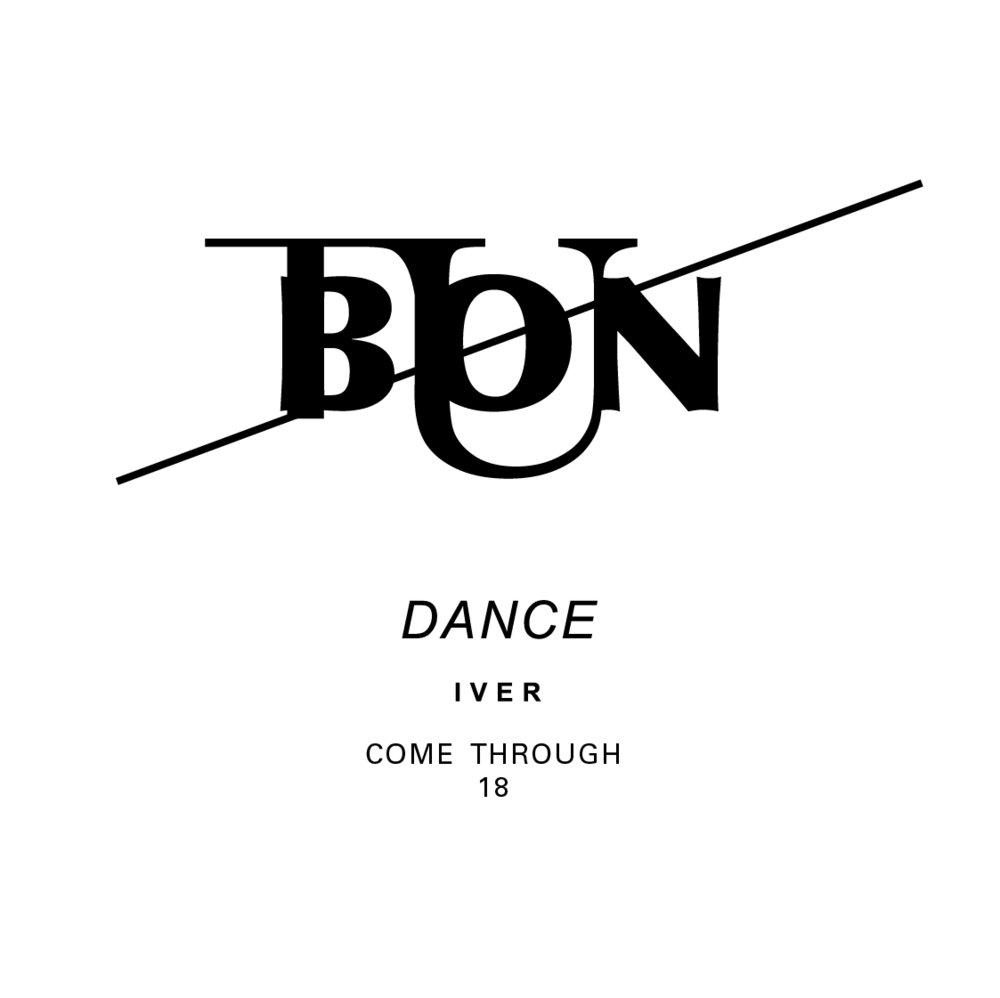