Join us for Flow Space, an atmosphere that allows for the act of “pure play” to help dance artists use more capacity, intellect, sense, courage, and imagination in their movement styles. Conducted by director of The DASH Ensemble, Gregory Dolbashian, the class is a highly developed series of improvisational tools and games that warms and pushes both the mind and the body to break habits and fulfill more presence. These exercises are all methods that Gregory has developed and utilized to create movement with The DASH. The artists learn confidence not just in themselves but also in the environment that they are a part of. Games and tasks work both on the individual and in tandem, so that Flow Space creates a community for progress, inspiration, and most of all, discovery. Classes are for dancers aged 16+.

Guest Artist Bio:
GREGORY DOLBASHIAN – Born and raised in New York City, Gregory made his professional stage debut at the age of eight with the Glimmerglass Opera Company and in the Philip Glass/Robert Wilson world tour of Einstein on the Beach. Gregory received his dance training at the Alvin Ailey School, then graduated cum laude from SUNY Purchase dance conservatory. He debuted his own company The DASH Ensemble, in December 2010 at The JOYCE SoHo. The Company has gone on to perform at The JOYCE Theater, Baryshnikov Arts Center, Guggenheim Works and Process Series, Kaatsbaan International Dance Center, Central Park Summer Stage, Jacob’s Pillow, as well as domestic touring all over the U.S. including Dallas, L.A., and North Carolina. He is also the co-founder of The DASH Academy, a developmental training ground for young artists ages 9-18.

As a soloist and performer, Gregory has performed in multiple DASH repertory shows. His solo work was also presented at American Dance Festival in his one man show Awkward Magic. In addition to his choreography, Gregory, alongside fellow choreographer Loni Landon, is the co-founder of The PlaygroundNYC, a choreographic initiative that was voted 25 to Watch in 2013 by Dance Magazine. 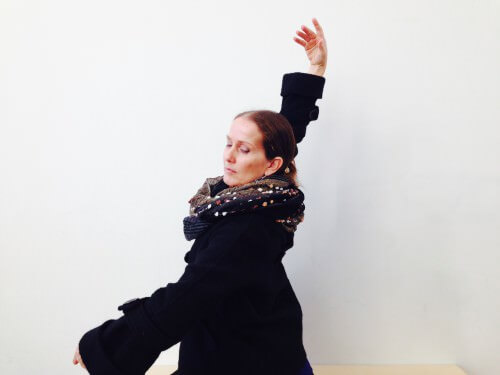 Tina Anderson Wallum’s 23-year performing career included principal and soloist work with Minnesota Dance Theatre, Ballet Minnesota, Ballet Arts Minnesota, Ballet of the Dolls, Savannah Ballet, The Contemporary Ballet Company, and Pennsylvania Ballet. She holds her BS from Radford University in Virginia. She has taught ballet classes for Ballet Arts Minnesota, Ballet Minnesota, Classical Ballet Academy, Chinese Dance Theater and is currently teaching at the University of Minnesota. Her current scholarly research is in Mind-Body Centering and somatics where she is devoted to creating a sense of embodiment in her students.

Looks like you have entered a product ID (32) that doesn't exist in the product database. Please check your product ID value again!

Looks like you have entered a product ID (63) that doesn't exist in the product database. Please check your product ID value again!

This five-day intensive will offer one program for advanced students (ages 17-24).

The advanced program will offer a stronger focus on the workshop component. Dancers will begin each day with a ballet, modern or African technique class, followed by a two-hour workshop class which will explore both improvisatory techniques and phrase work. The final day will include a demonstration and discussion about what students have learned throughout the week. This intensive offers students a chance to not only strengthen their technique but also uncover new ways of thinking about movement as they begin a new year.

The School at TU Dance Center offers a space that is open to students of all backgrounds and abilities and fosters individuality and creativity through the art form of dance. We hope that you will join us for this exciting week of classes.

Cost:$290. To register, please pay online (see below) and submit a registration form here. The registration deadline is January 8.

For level placement and questions, please contact Laurel Keen, Director of the School at TU Dance Center, at laurel.keen@tudance.org or (612) 440-9028.

Location and Parking Information: TU Dance Center is located at 2121 University Avenue West, Saint Paul, Minnesota 55114. Find us on the north side of University Avenue, one block east of Vandalia, located directly behind Subway on the building’s east side. Free parking in the lot in front of TU Dance Center and in the north side lot accessible by Vandalia and Charles. 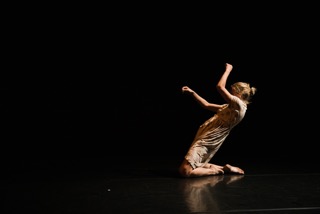 The 3-day workshop consists of a one-hour Gaga/dancer class and a one-hour choreographic process rooted in the Gaga lens.

Gaga/dancer classes offer a framework for users to connect to their bodies and imaginations and enjoy the pleasure of movement in a welcoming, accepting atmosphere. Throughout the class, participants are guided by a series of evocative instructions deployed to increase awareness of and further amplify sensation, while information is layered, building into a multi-sensory, physically challenging experience.

Berit Ahlgren’s choreographic process:
Ahlgren spent a year in Tel Aviv, immersed in Gaga teacher training, between 2011-2012. She has been teaching Gaga nationally and internationally since, as well as choreographing her own body of work through a lens of the Gaga language. A personal and human take to the choreographic process allows each dancer an opportunity to move authentically, expressing their curiosities and passions through movement.

Cost: $75.00*, online pre-registration required by submitting payment below and filling out a registration form here.

*$60.00 for university students with valid ID. Please show your student ID at the front desk upon arrival at TU Dance Center.

Looks like you have entered a product ID (83) that doesn't exist in the product database. Please check your product ID value again!

Tickets are available for purchase at the door by cash, check or debit/credit card.

This workshop has been cancelled.

Join teaching artist Deja Joelle for “We Dance TU”, a dance session that prioritizes BIG BODIES. Utilizing African based movement, discussion, Self – Love/affirmation, and accumulative choreography, this space is for all who were told they were “too (something)” to be a dancer—even if you were the one who told yourself. This space is to make discoveries in your body, your creativity, your YOU!

All those 18 years of age and older are welcome to this workshop. Please email education@tudance.org with any accessibility needs prior to attending this workshop. 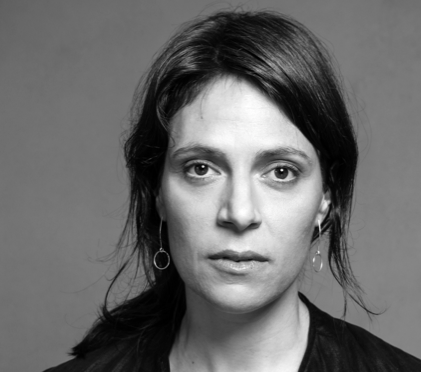 Who is dancing? What are we dancing about? Why do we dance together?

Using methods developed while dancing and choreographing in Europe, this class will approach these questions in a physical and creative dance practice. The warm-up will focus on the physical principles of movement: mobilization, coordination, strength and flexibility. A learned phrase will then be expanded and elaborated upon, exploring intention, limitations, rhythm and swarms. Together participants will go beyond technical execution to discover the movement’s potential. Designed for professional and advanced dancers, this class is open to all.

Bio:
Choreographer and dancer Lillian Stillwell has lived and worked in Europe since 2007.  Her choreography has been seen in Germany, Switzerland, Austria, Luxembourg and in the USA.  She grew up in Minneapolis where she received her classical training at Ballet Arts Minnesota and a BA in Dance from the University of Minnesota.  A 15-year dance career in Minneapolis, New York City and Germany followed. From 2005 – 2012 she worked with Johannes Wieland in NYC and at the State Theater in Kassel, Germany, where she also received her first choreographic commissions.  Her choreography ranges from dance, opera, theater and musicals to interdisciplinary and interactive productions and music videos. She is currently developing AFTERLIFE, a virtuosic duet that takes its inspiration from club culture and the search for immortality, applying choreographic methods developed in her work with classical music to electronic dance music for the first time.  This season her work can be seen at the Royal Danish Opera in Copenhagen and at Theater Heidelberg in Germany. She lives in Switzerland. www.lillianstillwell.com

TU Dance’s performance at the O’Shaughnessy this past weekend wasn’t quite as flashy as the company’s collaboration with Bon Iver, which has kept the company busy touring around the country since the 2018. It also wasn’t as sublime as its spring performance of works by Alvin Ailey and Jawole Willa Jo Zollar. But the concert did offer a couple of strong works never before seen in Minneapolis.

“Something Amber,” originally commissioned by Alonzo King Lines Ballet Training Program, began the program and was the highlight of the night. It began in darkness to the sound of strings playing a long, sustained note. As the lights gradually lit the ensemble, the dancers moved like seaweed. Their arms floated above them, their bodies fluidly rising and falling.

Lush and alive, the work, which was presented by TU for the first time, had a sensorial quality, while Vladimir Martynov’s gorgeous neoclassical music provided the ghostly score.

The second piece in the program, “Clear as Tear Water,” originally was created by Ronald K. Brown for TU Co-Artistic Director Toni Pierce-Sands, who danced in its premiere in 2005. It’s a juicy solo, and Taylor Collier performed the piece with fortitude. There were flashes of traumatic history in the work: a slave with her arms tied behind her back, for instance. In another moment, a woman hunched over in backbreaking labor. We also see the central character exude power and strength, buoyed by those that came before her. There was a sense of renewal, even rebirth, particularly in its final moments, when Collier was doused with a stream of water, baptized in water and light.

“Salve,” commissioned for Ballet Memphis in 2017, featured a church pew as a central set piece and began with the dancers one by one prostrating themselves on the floor. Eventually, they discovered healing in the space. It’s set to Gavin Bryars’ “Jesus’ Blood Never Failed Me Yet,” which loops a recording of an unknown homeless man singing with increasing harmonies of strings and brass.

The work was moving, even if you wanted to cry mercy to make the song stop repeating over and over by the end. There was an odd choice in costumes — the women’s diaphanous, light-colored dresses were paired with black socks, which was a rather strange look.

The program concluded with the company premiere of “Tracks,” originally commissioned by Alvin Ailey II in 2018. With glitter and shimmying shoulders, the piece paired revelry with gravitas.